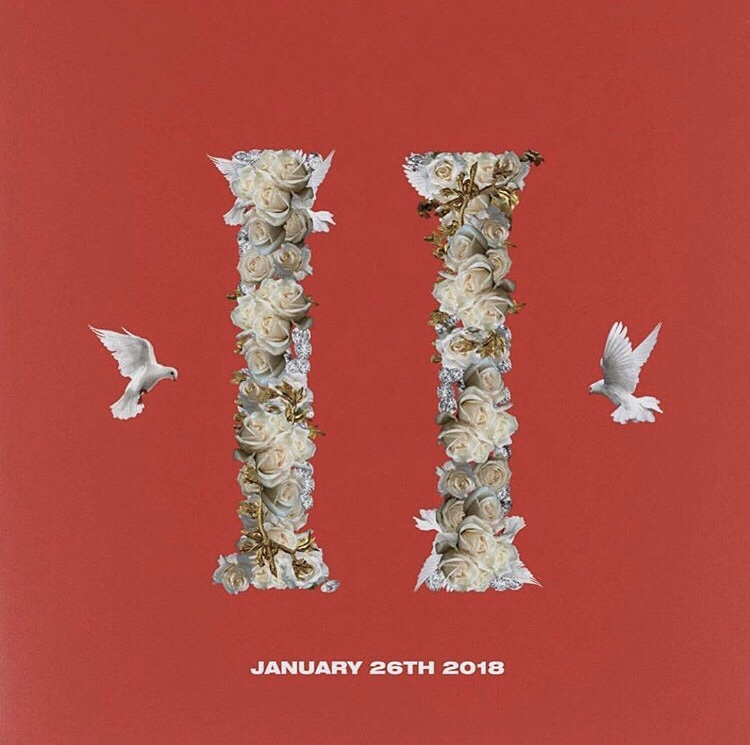 By Bijan in Music

On Instagram last night, Migos released credits of the producers who made the cut on their upcoming album. The post featured a piece of paper entailing a host of artists and producers who have been working on Culture 2. 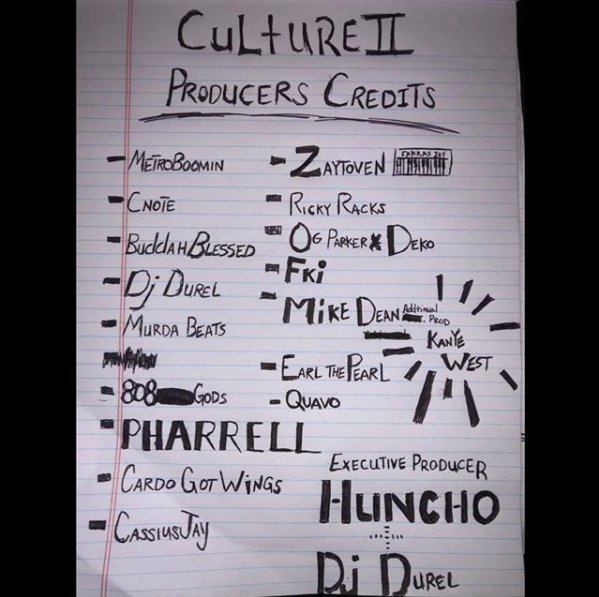 From the post, we can see some big names including producers, Metro Boomin, Zaytoven, Budda Blessed, Pharrell and clearly many more. The list tells us the album is going to be swarmed with bangers – which gives us more reason to look forward to the release on 26th January 2018!

While some obvious credits are given to Quavo, AKA Huncho, there is interestingly credits towards Kanye West (hence the artwork around his name). This suggests that Yeezy has been working on the album with Huncho, but will he feature in a song? We’ll have to find out on the release date, or in the next couple days.

Migos announced the date of Culture 2’s release a week ago, but so far no information regarding the track-list, nor features of  their close and upcoming project.

Let us know what producers you are looking most forward to hearing!