As we all know, today is the International Women’s Day of 2018, and at Vibestyle, we wish all our female readers nothing but the best in the #PushForProgress in gender inclusiveness, and female empowerment! As our way of paying tribute to the cause, we have come up with our very own picks of most popular TV Series in which are led by female characters. Read on for the top 10 female empowered TV Shows, maybe, you’ll find something new to watch… 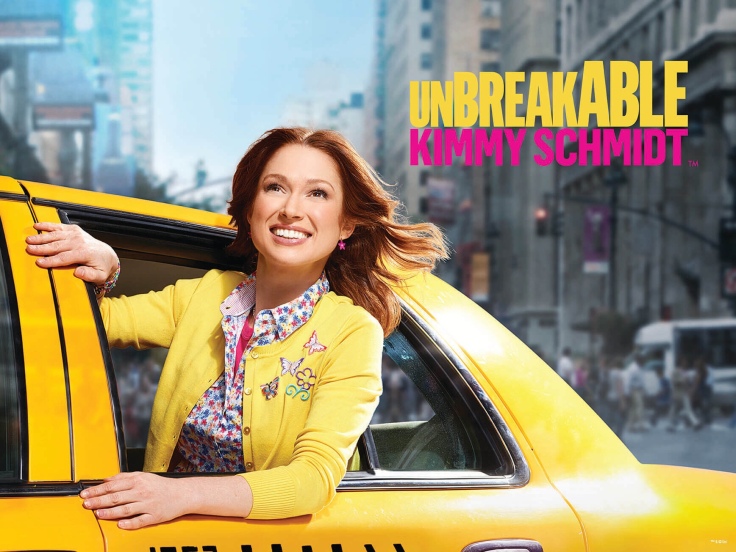 An American web television sitcom, UKS focuses on 29-year-old Kimmy Schmidt, a woman who has been held by Reverend Richard Wayne, alongside three other women. Schmidt moves to New York, and is determined to live her life as a strong, independent women, rather than a victim.

Former White House Communications Director, Olivia Pope stars her very own crisis management firm. A firm formed with specialists in the field are the best in the game at making client’s problems disappear, however Pope then discovers that her clients aren’t the only ones with secrets, problems also lie withing her team.

8. How to get Away with Murder

Based on prestigious Philadelphia university law professor, Annalise Keating, the legal drama, mystery, and thriller series is particularly interesting and original. Professor Keating enlists five of her students to join her firm as interns, however after the event of a murder, the students become heavily involved with the case, dramatically changing their lives for better or worse.

A comedy-drama TV series, Gilmore Girls focuses on the relationship between single mum, Lorelai Gilmore, and her daughter, Rory. The two live a small fictional town known as Stars Hollow, Connecticut. Within this town lives plenty of characters with outgoing personalities and distinctive behaviours. The show plays out drama based on the issues of family, romance, education, friendship, disappointment, and ambition. Lorelai is also conflicted through her upbringing of her high society parents who signify generational divides and social class. 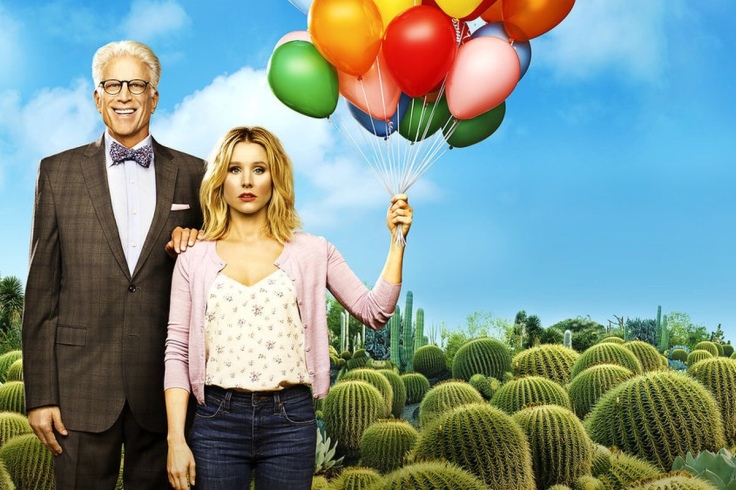 An American fantasy comedy TV series, The Good Place is based around Eleanor Shellstrop, a woman who has recently passed has entered a heaven like utopia, known as ‘the good place’. Here she is commended for her righteous acts that she committed during her lifetime, however she doesn’t seem to recall these acts herself. Assuming that she has been sent there by mistake, Shellstrop must adapt and try to become a better person.

This British based crime noir detective series sees Marcella Backland, a former London detective torn between her professional and personal life. The former detective is asked to come back to work to investigate an eleven year old case on an unidentified serial killer who has become active again. Marcella faces another issue with her husband leaving her, as well as taking her two children away into his custody. Marcella must balance the two parts of her life, which proves to be emotional, frustrating, and thrilling. 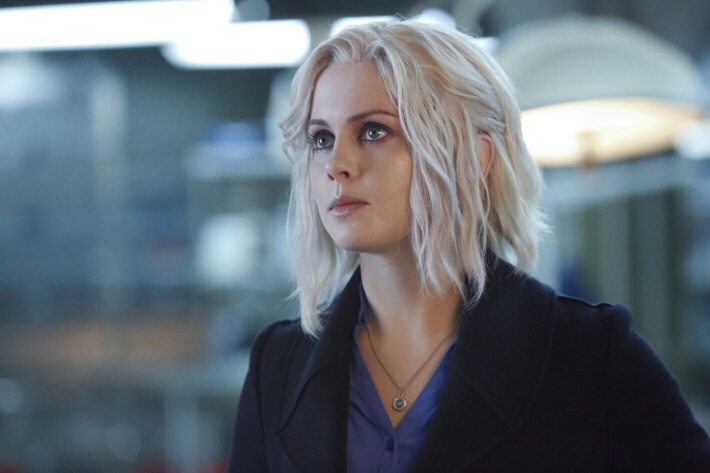 iZombie is a fun-to-watch show, full of humour, suspense, and mystery. In a fictional world, similar to the one we live in now, a zombie outbreak has occurred, but not like you’re familiar with. The zombie virus limits the ‘victim’s’ diet to brains only, but what makes it all the more interesting, is that the person eating the brain will adopt the personality of it’s previous host, as well as enabling the ‘zombie’ to experience visions on the final moments of the previous host. The ‘zombies’ who are typically only distinctively seen as a zombie due to the greying of the hair, and paleness of the skin, are able to function normally as humans, only if their strict diet is stuck to. Liv Moore, the leading role of the show, is too one of the infected, however, she works closely with a detective, helping the police department solve murder cases.

3. Orange is the New Black 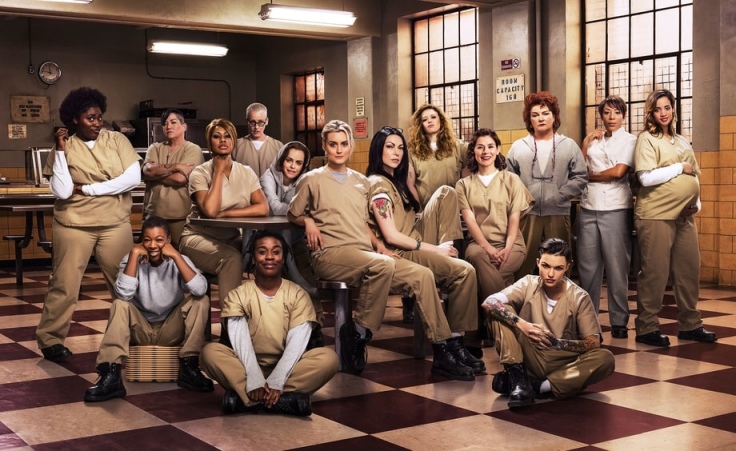 Originally released on Netflix in 2013, Orange is the New Black currently boasts five seasons, with a vast total of 65 episodes. The show takes place in FCI Danbury, a minimum security federal prison for women; following the experiences of Piper Chapman in her new life as a prisoner. The main character is based on Piper Kerman’s memoir, ‘Orange is the New Black: My Year in a Women’s Prison; where the American memoirist was convicted of money-laundering charges.

While the show should have rightfully been included in our article on Comedy Shows to Watch on Netflix, Jenji Kohans creation is nonetheless among the gold throughout Netflix; thanks to its comedy, empathy, and level of production. Thus, the show has been renewed for a fifth, sixth, and – yes, there’s more – seventh season.

OITNB is right up there amongst the best TV shows to watch, especially for Netflix members. You’ll be onto the fifth season before you know it.

If you’re into the whole superhero culture, then Jones is perfect for you. Marvel and Netflix team up to give us a mysterious vibe with a quick-witted woman who has been gifted with superhuman strength. From a life of trouble and unfortunate circumstances, Jones moves into the city of New York to start her new career in private investigations, but it seems trouble always follows her.

Fittingly, season 2 of Jessica Jones has released today in co, doubling the amount of episodes you can enjoy. Additionally, Marvel have released a collaboration-type show, known as The Defenders, where Jones teams up with like-minded heroes with superhuman abilities to save the city from chaos. 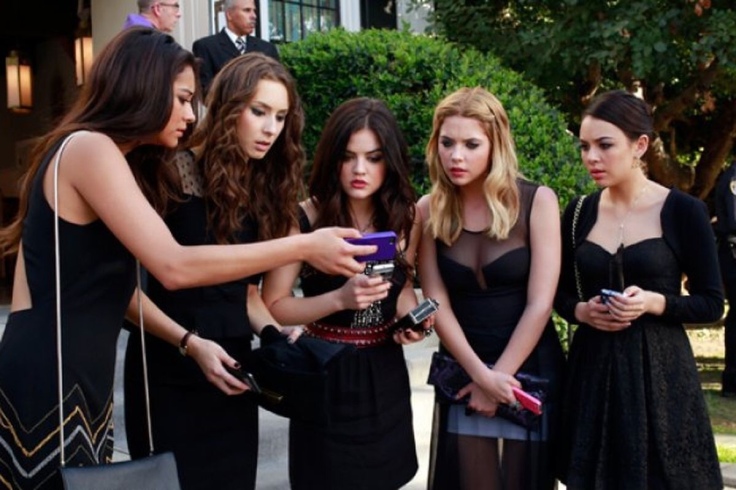 PLL is a drama series full of mystery and enigma. A group of high-school friends team up together against an anonymous enemy, known as “A”, who is threatening to share their deepest and darkest secrets. The girls are also torn between the disappearance of one fifth of their friendship gang. The anonymous threat sets out a variety of challenges in which each of the girls are required to complete, or else, their secrets will be exposed.

This dark drama provides viewers with a thrill, constantly leaving you wondering whats next, and who is this anonymous “A”?

We hope you enjoyed this post, please be sure to let us know your top female-empowered TV shows in the comments section below.