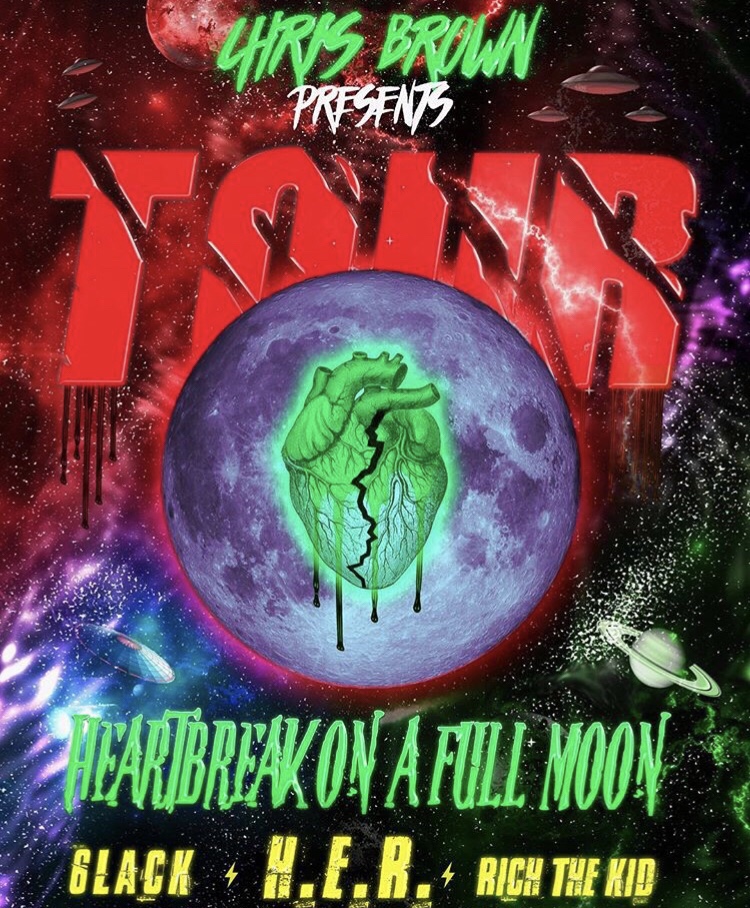 Immense news has surfaced recently, that Chris Brown will be launching his “Heartbreak on a Full Moon” tour at the end of this month.

In case you thought that was the end of the good news, Breezy has announced artists 6lack, H.E.R, Rich the Kid and Jacquees among the talent joining him on the tour across the states.

It is unsure as of yet, whether Brown will be teasing a European tour. Though, the artist is no stranger to the English, or any other European country for that matter. Perhaps an autumn tour is in the talks.

TOUR!!! Excited to be heading out on the road for the #HeartbreakOnAFullMoonTour with @hermusicofficial, @6lack, and @richthekid! And @jacquees ! Presales start 3/28 at 12pm local time. Get more info at LiveNation.com. Link in bio! ADDING MORE DATES TOO. Don’t trip. I’m just so excited. I want all the people to LIVE LAUGH LOVE AND BRING THE ENERGY. POSITIVE VIBES RING TO THE HEAVENS AND BELIEVE IT OR NOT IT HEALS AND COMFORTS YOUR SOUL. Found my purpose and I want us to elevate our consciousness. WE CAN CHANGE OUR PLANET WITH AN AFFIRMATION AND BELIEF. YOUR POWERS ARE ENDLESS. Remember that. ❤️

The tour is of course, based off his HBOAFM album, boasting 40+ songs, including ‘Tempo’, ‘Pills & Automobiles’, and ‘Privacy’; or my favourite, ‘Sensei’. The album – without doubt – earns its place among the top hip hop and R&B music of 2017, and urban music on a whole.

Presale for the tickets begin on the 28th March, while the general tickets will become available two days after on the 30th March for the public. Vibestyle has a good feeling tickets won’t last long, so make sure you get your hands on one ASAP.

The tour will launch on the 19th June in Auburn, Washington; and end on the 4th August 2018 in Las Vegas, Nevada.

Let us know if you’ll be purchasing tickets, and share this post with your friends and family.

Make sure you check out other posts via the Vibestyle home page.