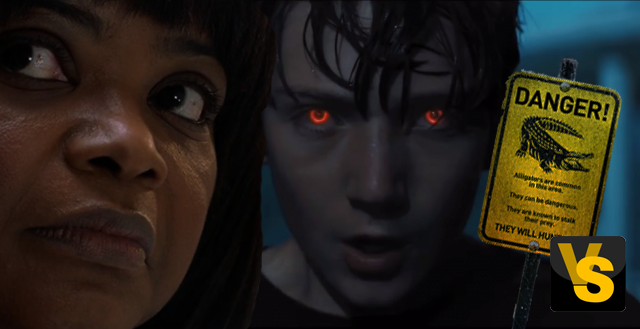 From the mindboggling thriller, Us to the highly anticipated Marvel Avengers: End Game, there’s no doubt that 2019 has been a blockbuster year. However, with the latter half of the calendar set to take swing, we already have our eyes on some of the films forecasted. In this article, we’re looking at those less prominent titles that we are certain will keep you off your seat:

This twisted tale see’s a manipulative grandma figure, who seems to take drastic measures to connect with her young victims; despite the shady situation and concerned parents.

This is an entirely new take on a freaky and manipulative horror character; and giving the ultimate concept of MA, it’s horrifying to think, this could easily be a reality for some. Check out the trailer:

In this concoction of natural disaster and horror, Crawl portrays a nightmare within another nightmare. Here, a Florida town is struck by a massive hurricane, which triggers a crocodile-infested flood – leaving Hayley and her father in the midst of a worst-case scenario in their own home.

We’re sure this film will keep you off your seat and gasping for solution to what seems like a merciless equilibrium. The trailer follows:

Brightburn starts with a child from another world crash-landing in earth. Here, a couple find the boy and raise him as their own. However, the boy has supernatural powers, which he uses for sinister intentions as opposed to the typical superhero motive.

This film is presented by the filmmakers of Guardians of the Galaxy and Slither – so we can expect something special here:

This is definitely a selection to look forward to and giving their release dates, we won’t have to wait long. Let us know of any other horror or thriller films which you think should have made the list.

Written by Bijan in Film